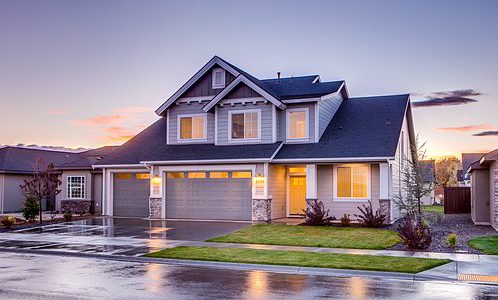 1. Do I have any rights in law to my former partner/common law wife/husband’s estate?

In short, no, absent a Will in your favour. There is no right to inherit from a former partner/common law wife/husband’s estate unless the relationship was formalised by marriage or by means of a “Civil Partnership” in law which is similar to a marriage.

2. Can I bring a claim against my former partner/common law husband/wife’s estate?

Our advice below assumes that there was no formal marriage or “Civil Partnership” in law.

The answer is YES it is possible to make a claim, where, for example there was no Will. Of course if there was a Will and you are a substantial beneficiary under its terms there will be no need to do this. However, where there was no Will and/or if there was its provisions in your favour are or were completely inadequate then the following can apply.

3. So what can I do if I need to make a claim against an estate in these circumstances and is it possible for me to do so under a NO WIN NO FEE ARRANGEMENT?

Well firstly our assistance in relation to this type of claim is of course available under a no win no fee arrangement (see below).

A claim is available to you against the deceased’s estate by virtue of the Inheritance (Provision for Family and Dependants) Act 1975 (http://www.legislation.gov.uk/ukpga/1975/63/section/1)

Under this statute, it is possible for a former partner/common law wife/husband to bring a claim for “financial provision” against the deceased’s estate. Quite simply if you lived with the deceased as his or her “husband or wife” and/or were maintained by him/her, even if such “maintenance” was not by way of direct payments of money to you but was in another way (for example by the provision of accommodation), you are entitled to bring this claim for a share of his/her estate.

The relevant provisions are:

[F5(1A)This subsection applies to a person if the deceased died on or after 1st January 1996 and, during the whole of the period of two years ending immediately before the date when the deceased died, the person was living—

(b)as the husband or wife of the deceased.]

(b)as the civil partner of the deceased.]

any person (not being a person included in the foregoing paragraphs of this subsection) who immediately
before the death of the deceased was being maintained, either wholly or partly, by the deceased;

the deceased’s surviving partner or “common law wife” had lived with him for around 42 years. She was 79 years old. She had been financially dependent on him throughout that time and at his death. She was awarded a cottage outright, a payment of £8,844 in respect of renovations and moving costs and a lump sum of £160,000 for on-going living costs. His Honour Judge Jarman QC’s Judgment below confirms the basis of his decision:

36. The issue then arises as to whether Elidyr Cottage should be transferred to her outright, or by virtue of a life interest with power of advancement. In Illot v The Blue Cross and others [2017] UKSC 17 [2017] 2 WLR 979, the Supreme Court dealt with a claim under the Act by an adult child in which it emphasised that the statutory power is to provide maintenance, not to confer capital. Lord Hughes, with whom the other Justices agreed, referred at paragraph 15 to a decision of Munby J, as he then was, in In re Myers [2005] WTLR 851, which concerned a similar claim by an adult child. The award was not of an outright capital sum but of a life interest together with power of advancement designed to cater for the possibility of care expenses in advanced old age. Lord Hughes observed that “If housing is provided by way of maintenance, it is to be provided by way of maintenance, it is likely more often to be provided by such a life interest rather than by a capital sum.”

37. All cases are fact sensitive and in the present case that possibility is a reality. Mrs Thompson is elderly and in need of care. There is detailed evidence as to such need. Moreover, in her case, as a cohabitee and dependent the matters referred to in paragraphs 33 and 34 above must be considered.

38. Mr Troup referred me to cases where cohabitees have been awarded an outright transfer of property to cater for accommodation needs. In Negus v Bahouse [2007] EWHC 2628 (Ch) His Honour Judge Roger Kaye QC sitting as a judge of the High Court, awarded a flat to the cohabitee of the deceased on the basis that a clean break was needed from an antagonistic situation with the deceased’s family. His Honour Judge Behrens QC, also sitting as a judge of the High Court, took a similar approach for similar reasons in Webster v Webster [2009] 1FLR 1240, [2008] EWHC 31 (Ch). At paragraph 41, the judge also relied upon the long period of cohabitation, the problems which might arise with improvements and repairs if only a life interest were granted, and the possibility of the cohabitee wishing to raise money on the property. Such an approach was approved by the Court of Appeal in another case, Musa v Holliday [2012] EWCA Civ 1268. Unsurprisingly, it was not thought necessary to cite these authorities to the Supreme Court in Illot.

39. There is not the same degree of antagonism in this case, certainly not between Ms Evans and Mr Berisha on the one hand and Mrs Thompson on the other, although it is likely that this litigation has had an adverse effect on the relationship. It was Mr Hodge who mostly had dealings with the former. However, it is evident from the witness statements of Ms Evans and Mr Berisha that they have adopted Mr Hodge’s aversion to Dean receiving anything from the estate. This is reflected in the offer made, which was expressly on the basis that neither Mrs Thompson or her family should have anything to do with the estate.

40. Given the very long period of cohabitation, and given that that it is Dean and his wife who will be providing the care for his mother at the cottage, in my judgement it is reasonable to provide for her maintenance accommodation in which Ms Evans and Mr Berisha have no interest. They will still be neighbours, but that is a different matter. Such an approach is likely to facilitate all concerned moving on from this litigation. Mrs Thompson will be able take decisions relating to her home, such as making structural alterations or raising money without the need to seek permission.

Plainly then as a “partner/common law wife/husband” you are not “abandoned” by the law where your needs have not been recognised (or sufficiently so) by a Will which makes substantial financial provision for you. Moreover, given the recent decision in Thompson above, you have considerable grounds for an alternative claim under the ’75 Inheritance Act which we can certainly assist you with under a no win no fee arrangement. It would be reasonable to expect a favourable outcome in most cases where there is evidence of a longlasting relationship with associated financial dependency.