CONTESTING A WILL – REMOVING A CAVEAT WITHOUT ISSUING COURT PROCEEDINGS

This is the conundrum; you have been left a share of an estate under the terms of a relatives or friends Will, but a disappointed potential beneficiary has entered a Caveat to stop the Grant of Probate and then sat on their hands, hoping you will either give up your claim to the estate or that you will reach out to compromise the dispute. What can you do? The nuclear-option […]

CONTESTING A WILL – SOME LEGAL PRINCIPLES EXPLAINED

In my last blog (see https://www.willclaim.com/blog/ ) SOME LEGAL PRINCIPLES FOR THE LEGAL BUFFS IN RELATION TO NO WIN NO FEE WILL DISPUTE CLAIM I promised to provide a layman’s explanation – well here goes! In relation to a Will dispute or Will contest claim, the questions concerning the legal validity of a will usually turn on the following questions: 1. Was it signed by the person making the Will […]

General – what is the relevance of insurance protection to no win no fee will dispute claims 1. In any Will dispute or Will contest claim a risk can arise once court proceedings are brought, to the person bringing or defending them. The risk is that the claim (or defence) is lost as a result of which the losing party can be ordered by the Court to pay the winners’ […] 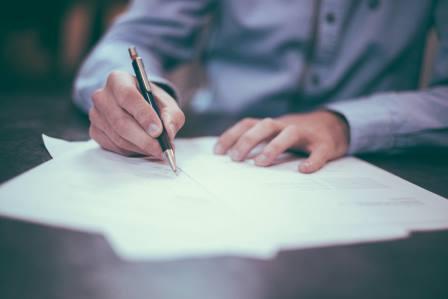 Here are some legal principles for those of you counting yourselves “legal buffs”, brought up to date by Deputy Master Arkush in Rita Rea v Remo Rea and others, 13 September 2019, EWHC 2434 (Ch) (https://www.bailii.org/ew/cases/EWHC/Ch/2019/2434.html) I will explain in layman’s terms in my next blog! Issues 55. In David’s closing submissions on behalf of the defendants, he made it clear that they did not pursue their case that Mrs […]

General 1. It sounds obvious but your no win no fee Solicitor in relation to a will dispute or will contest case is only likely to be willing to work for you under a no win no fee arrangement, if they consider that they can win your claim (although there are certain types of claim which they might be willing to take on speculatively). 2. It also sounds obvious to […] 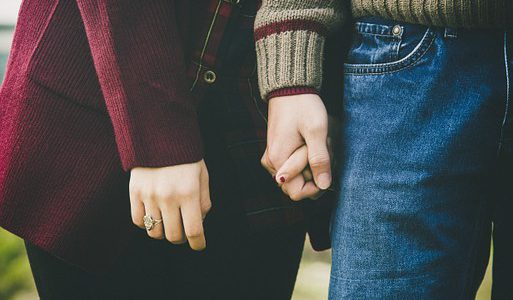 It is a common misconception that the deceased’s partner or his/her common law wife/husband has a right to inherit the deceased’s estate or to a share of it. This is often the reason cited for him/her not to have made a Will. Unfortunately the law in general doesn’t recognise this although perhaps it should (!). If then the partner or common law wife/husband dies unexpectedly leaving no Will, what happens […]

CONTESTING A WILL – CAN A COURT FORCE A PARTY TO A WILL DISPUTE TO ENGAGE IN ALTERNATIVE DISPUTE RESOLUTION?

Until recently, it didn’t appear to be possible for a Court to force both parties in a Will dispute or Will contest claim to engage in so-called “alternative dispute resolution”. So what you might think? Surely a trial would be the best form of resolution anyway and what in any event is “alternative dispute resolution”? If you are content to let a Judge decide your Will dispute or Will contest […]

CONTESTING A WILL – THE DANGERS OF FAILING TO ENGAGE IN ALTERNATIVE DISPUTE RESOLUTION (LEADING TO TRIAL!)

Whilst securing your lawyer to deal with your will dispute or will contest claim under a no win no fee arrangement might tempt you to go “gung ho” towards a trial, it should not be your first thought. A greater understanding of the costs and risks involved in a trial should help to temper this. For instance, it is not unusual for each party to accumulate costs well in excess […] 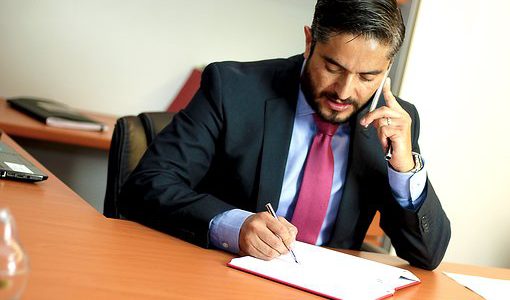 WILL CONTEST CLAIM – TEN STEPS TO CONSIDER TO SECURE OUR NO WIN NO FEE ASSISTANCE (BUT NOTE IF THIS INFORMATION IS NOT AVAILABLE OR ONLY PARTLY SO, WE MIGHT STILL BE ABLE TO HELP YOU SO PLEASE DO ASK!) SECURING NO WIN NO FEE ASSISTANCE IN A WILL DISPUTE CLAIM It is not unfortunately a given that in every Will dispute or Will contest case, one of our lawyers […] 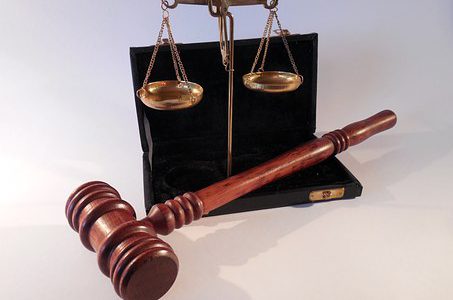 CONTESTING A WILL – THE DANGER OF AN UNDUE INFLUENCE CLAIM

WILL CONTEST CLAIM – RELYING ON UNDUE INFLUENCE IN A WILL DISPUTE 1. In the case of Seager v De Jong (https://www.dailymail.co.uk/news/article-7132053/Award-winning-table-tennis-coach-locked-2million-inheritance-battle-aunts-neighbour.html) a dispute arose over a wealthy widows’ (Ada Richards) 1.5 million pound plus estate. She wrote a Will in May 2010, a year before she died, leaving it in its entirety to a close neighbour, Mr De Jong. He had become her main carer and had even moved […]

CONTESTING A WILL – CASE STUDY 2

WILL CONTEST CLAIM – RELYING ON THE CONCEPT OF “MUTUAL WILLS” AND A CLAIM FOR FINANCIAL PROVISION UNDER SECTION 2 OF THE INHERITANCE (PROVISION FOR FAMILY AND DEPENDANTS) ACT 1975 1. In this instance we were approached by a potential client who was the deceased’s only child and whose elderly mother had prepared a succession of Wills in her later years completely disinheriting her. It would appear that in this […]

CONTESTING A WILL – CASE STUDY

WILL CONTEST CLAIM – WHAT FOLLOWS IS OUR SYNOPSIS OF A REAL CLAIM 1. In this instance we were approached by a potential client whose existing Solicitors had refused to carry out any further work for him. They had been instructed under a no win no fee agreement. They claimed that he hadn’t told them the truth about his financial circumstances and previous history, matters which he disputed. 2. His […]

CONTESTING A WILL – IS A THROW OF THE LEGAL DICE?

WILL CONTEST CLAIMS – THE DANGERS OF A TRIAL We have reported on the dangers of a trial in a Will contest claim in relation to claims for financial provision under section under section 2 of the Inheritance (Provision for Family and Dependants) Act 1975 – see https://www.legislation.gov.uk/ukpga/1975/63). Our blog on the subject appears at: https://www.willclaim.com/how-to-contest-a-will-the-dangers-of-a-trial-in-an-adult-childs-claim-under-the-inheritance-provision-for-family-and-dependants-act-1975/ WILL CONTEST CLAIMS – WHY IS A TRIAL DANGEROUS? As we previously mentioned, there […]

CONTESTING A WILL – HOW PROMISES CAN OVERRIDE WILLS

WILL CONTEST CLAIMS – HOW CAN A PROMISE OVERRIDE THE WISHES OF THE DECEASED BY HIS WILL? A promise by the deceased to leave his or her land to someone other than the person who is named to receive it by his/her Will, can override that by “giving” that person ownership of the land without an actual transfer having taken place before death. The Will only takes effect on death […]

WILL DISPUTE – THE DANGERS OF A TRIAL We have previously highlighted the dangers of a trial in a claim under section 2 of the Inheritance (Provision for Family and Dependants) Act 1975 – see https://www.legislation.gov.uk/ukpga/1975/63). This was recently brought into stark relief in Wellesley v Wellesley & Ors (2019) EWHC 11 (Ch). Jamie Randall of Serle Court Chambers provides an invaluable commentary at: http://www.serlecourt.co.uk/news/article/jamie-randall-discusses-the-recent-judgment-handed-down-in-wellesley-v-wellesley-ors-2019-ewhc-11-ch Suffice to say, the adult […]

WILL DISPUTE – OUR NO WIN NO FEE ARRANGEMENTS We have explained in our previous blog that we are prepared to work under a no win no fee arrangement in relation to claims under the Inheritance (Provision for Family and Dependants) Act 1975 – see https://www.legislation.gov.uk/ukpga/1975/63). One page within our website (which also contains a helpful video) provides more detail at https://www.willclaim.com/no-win-no-fee/. WILL DISPUTE – WHAT CAN HAPPEN IF YOU […]

DISPUTING A WILL – IF A COUPLE HAVE MIRROR WILLS DOESN’T THAT MEAN THEY CANNOT BE CHANGED? Firstly, what is a mirror Will? Put simply it arises when a couple, usually a married couple, have prepared Wills (usually at the same time) where each separate Will is a reflection of the other. A typical example might be a Will prepared by the wife, leaving the entirety of her estate to […]

DISPUTING A WILL – WORKING UNDER A NO WIN NO FEE ARRANGEMENT, WHAT DOES IT MEAN? We have already described that we are prepared to work under a no win no fee arrangement to dispute or claim against the legal validity of a Will (but also in relation to claims under the Inheritance (Provision for Family and Dependants) Act 1975 – see https://www.legislation.gov.uk/ukpga/1975/63). Our page (which also contains a helpful […]

HOW TO CONTEST A WILL – BRINGING A CLAIM OUT OF TIME

DISPUTING A WILL – IS IT POSSIBLE TO BRING A CLAIM OUT OF TIME? Firstly is there a time limit? The answer is no in relation to a claim against the legal validity of a Will (eg. a Will contest claim that the Will isn’t valid because it wasn’t signed by the person making the Will in front of two witnesses who also signed, because he or she didn’t understand […]

WHAT HAPPENS IF SOMEONE MAKES A COMPLETELY UNMERITORIOUS CLAIM AGAINST THE LEGAL VALIDITY OF A WILL If such a claim is made (that a Will is invalid) and either no grounds to support such a claim are provided or those that are have no foundation in law or are entirely without merit, then typically a Caveat might have been entered to prevent the lawful administration of the estate whilst the […]